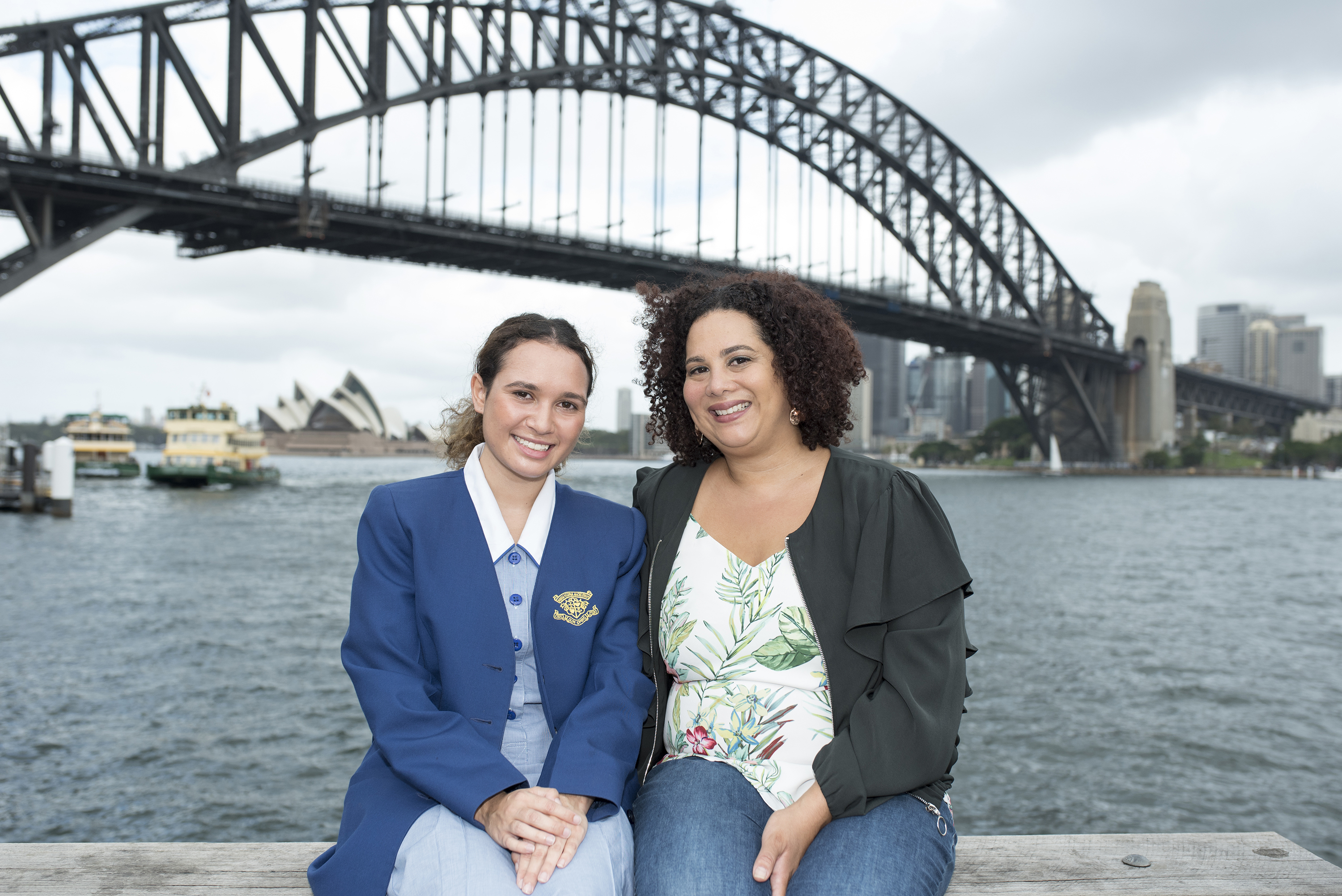 A proud Barkindji woman from the north-western NSW town of Bourke, Vivica followed a family legacy to attend Loreto Normanhurst on an AIEF Scholarship when she was 12 years old. Vivica’s father had attended Loreto’s brother school when he was younger and he was eager to send Vivica and her older sister to Sydney for their high school education.

Now in Year 11, Vivica is grateful for the strong friendships she has made at boarding school and the support networks that have strengthened over time.

“I have a lot of other Indigenous girls at school with me, and they help me to connect with home and my family, because we have a lot in common. I’ve met so many girls from different places in Australia and international boarders too. We have opportunities like excursions, camps and tutors, which you wouldn't really get at home.”

Throughout her schooling journey, Vivica has also formed a strong connection with her AIEF Mentor Linnae Clarke. When Vivica first met Linnae, she was working in Sydney at SAP Australia.

Linnae heard about the AIEF Mentor Program at work and was determined to fit the program into her busy lifestyle.

“SAP has been working with AIEF for a number of years but it was the first year since we’d been partnering with AIEF that I really had the space and time.”

Before their first meeting, Linnae hoped to find something that would break the ice. “I went back through my physical CD collection to when I was 15 and found what was transformational for me and that was 90s pop band TLC.”

Vivica remembers feeling nervous before meeting Linnae, but quickly found herself feeling comfortable and sharing a few laughs with her new mentor. “I feel like we just clicked instantly. I thought Linnae was funny because she brought in a CD.”

Within a year, the shared sense of humour and bond between the pair has continued to grow. Vivica feels like her mentor is someone that she can always go to.

“Linnae is just there to listen to all my worries, all my dramas. She pushes me to do more and is always caring. She’s like a second mother to me.”

Linnae respects Vivica’s “openness and willingness to explore and see the world” and was proud to introduce Vivica to her family.

Linnae is committed to supporting Vivica through her final years at school and believes that persistence is the key to being a good mentor. “If Vivica raises an issue it’s making sure she follows through. She makes the decisions herself but it’s just encouraging her to keep doing it.”

When asked to give advice to someone thinking of joining the AIEF Mentor Program, Vivica says it’s important to come with an open mind.” “Get to know your mentor and really make the most of the opportunities and the activities and just have fun.”

Linnae has encouraged her colleagues to get involved and advises future mentors to spend time understanding where their students come from. “Go to where they are and remember what it was like to be a teenager.”

After completing Year 12, Vivica hopes to return to her home community of Bourke and do some work with her local primary school before commencing university. She is excited to take Linnae back home to meet her family. “If she can handle the 40 degree heat! I think Linnae would like it, to experience the real outback. I’ll take her camping and fishing.”

Linnae believes the highlight of their relationship has been thinking of new things to do together and planning for the future so that they can keep growing. “I’d love to go to Bourke. I’d like to meet her family, see where Vivica is from and get a better understanding of her own community.”

At AIEF, we believe that the Indigenous situation is a national crisis; and the reason we get out of bed each day is to do something about it. Our approach is to have a hard head, a soft heart and capable hands with everything we do.