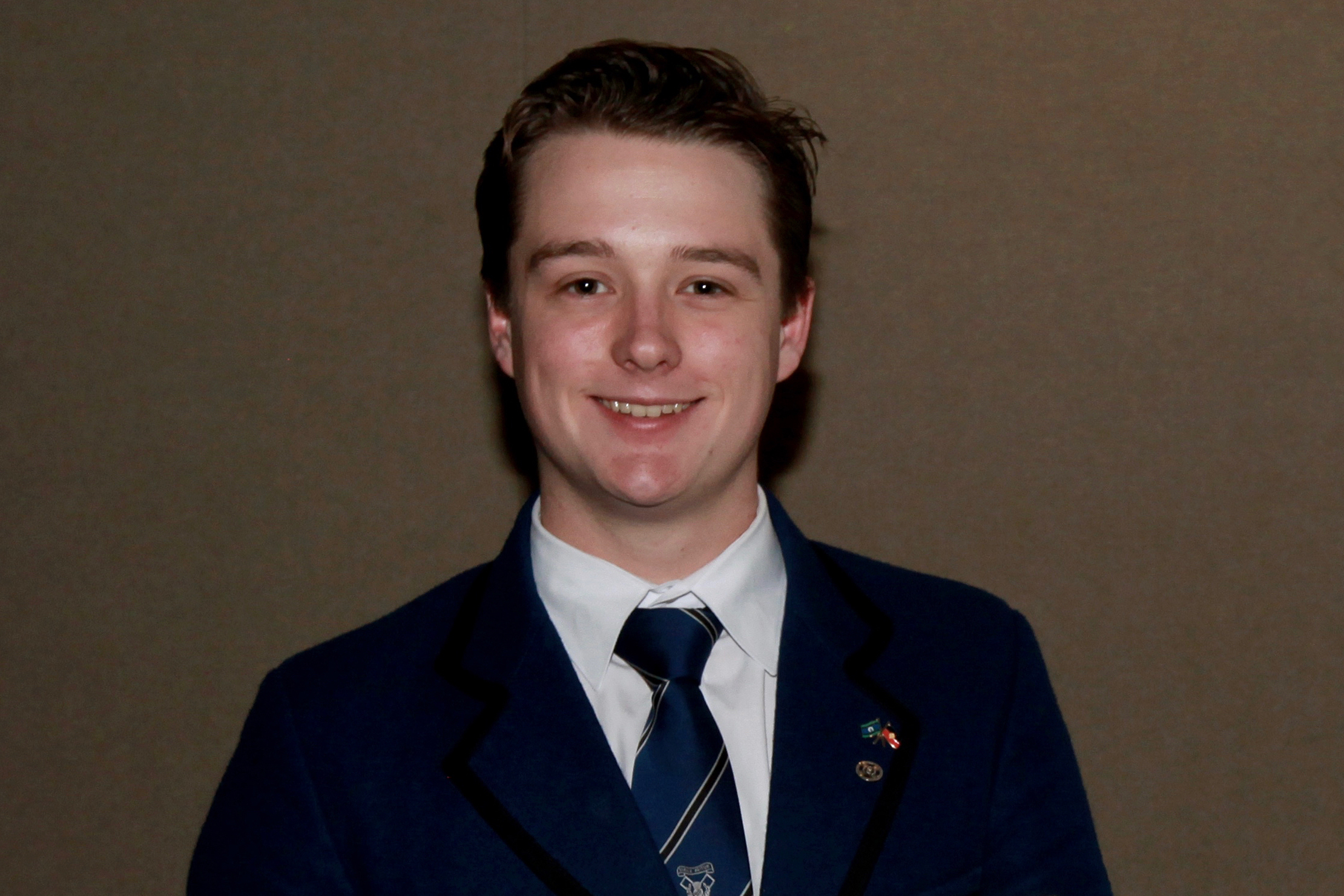 From a young age, Kayleb dreamed of joining the ranks of the NSW Police Force. After completing Year 12 on an AIEF Scholarship in 2015, he has been relentless in pursuing his goal through education, training and employment - willing to do whatever it takes to achieve his dream.

Kayleb’s story began when was 13 years old and moved from the south coast of NSW to begin boarding at Knox Grammar School.

“I loved boarding school. I was never a follower of people, but growing up in a certain socio-economic area meant that there were kids around me getting into drugs and alcohol at a young age. I always kept my distance from it, but it was around. I wanted something different.”

At boarding school, Kayleb immersed himself in a range of pursuits, enjoying Ancient History and PE, and joining the rugby team.

“Being around all the boys was great. As Indigenous students we had tonnes of support, but we were never made to feel different or separate, we were always treated as equal.”

Throughout school, Kayleb knew he wanted to join the police and after graduation he went on to participate in the Indigenous Police Recruitment Our Way Delivery program (IPROWD).

“I always wanted to be a police officer, all through school. AIEF put me on to IPROWD and opened a doorway for me, as an Indigenous person, into the police force.”

The NSW Police have made an undertaking to recruit an extra one thousand Indigenous officers by 2020. Currently there are around 400 officers. As part of the IPROWD Program, Kayleb earned a Certificate in Workforce Essentials and knew he had made the right choice.

“The program gives you a direct entry to the police force and gives you a taste of what it’s going to be like as an officer. We did a week at the police academy, ran through a live scene, ate meals there and sat in on academy sessions. We also did courses in Indigenous studies, and they would have a sergeant come in and take us out running, help us build teamwork skills and physical fitness, and take us through the policing aspect of it all.”

After completing the IPROWD program, Kayleb applied for the police force and was rejected.

“I’m not going to say I wasn’t actually quite dirty at the police for rejecting me! But I think it also helped me get more life experience. After you get rejected from the police you have to wait a minimum 12 months until you can apply again.”

Recognising he needed to branch out and do something new, Kayleb applied to the local council for a traineeship while never letting go of his dream.

“I worked with youth and children’s services in community development. I was also working at a local youth club with the police and PCYC. And then halfway through the traineeship, when the 12 months was up, I reapplied for the police.”

Unfortunately, he was once again unsuccessful. Though faced with a series of challenges, Kayleb never lost his ambition and continued with unrelenting drive.

“Throughout it all I had so much support from AIEF with staff giving me different options and different avenues to attack my goals and get where I want.”

Kayleb wrote a letter of appeal to the NSW Police and travelled to Sydney for an interview.

“I passed my psychometric and fitness assessments, and I must have made an impression in the interview because I didn’t even have to do the final interview. There were a few hurdles along the way, but I got there!”

This year Kayleb commences formal training at the NSW Police Academy in Goulburn.

“I see being a police officer as a lifelong career. There are so many avenues as you go into the police force and so many different job roles I can go into. When I finish I would love to come back down the coast, it’s a great lifestyle.”

Kayleb’s advice to other young Indigenous students is to just go for it! “The best thing I’ve ever done was stop looking left and right and just headed straight.”

“If more kids can get scholarships and a good education, it lowers the negative expectations or the labels that are attached to Indigenous kids. AIEF gives Indigenous kids from troubled areas like myself a chance to break the cycle.”

The encouragement and leadership provided by AIEF and its visionary establishment in 2008 has been a great investment in our nation.