When internships make an impact 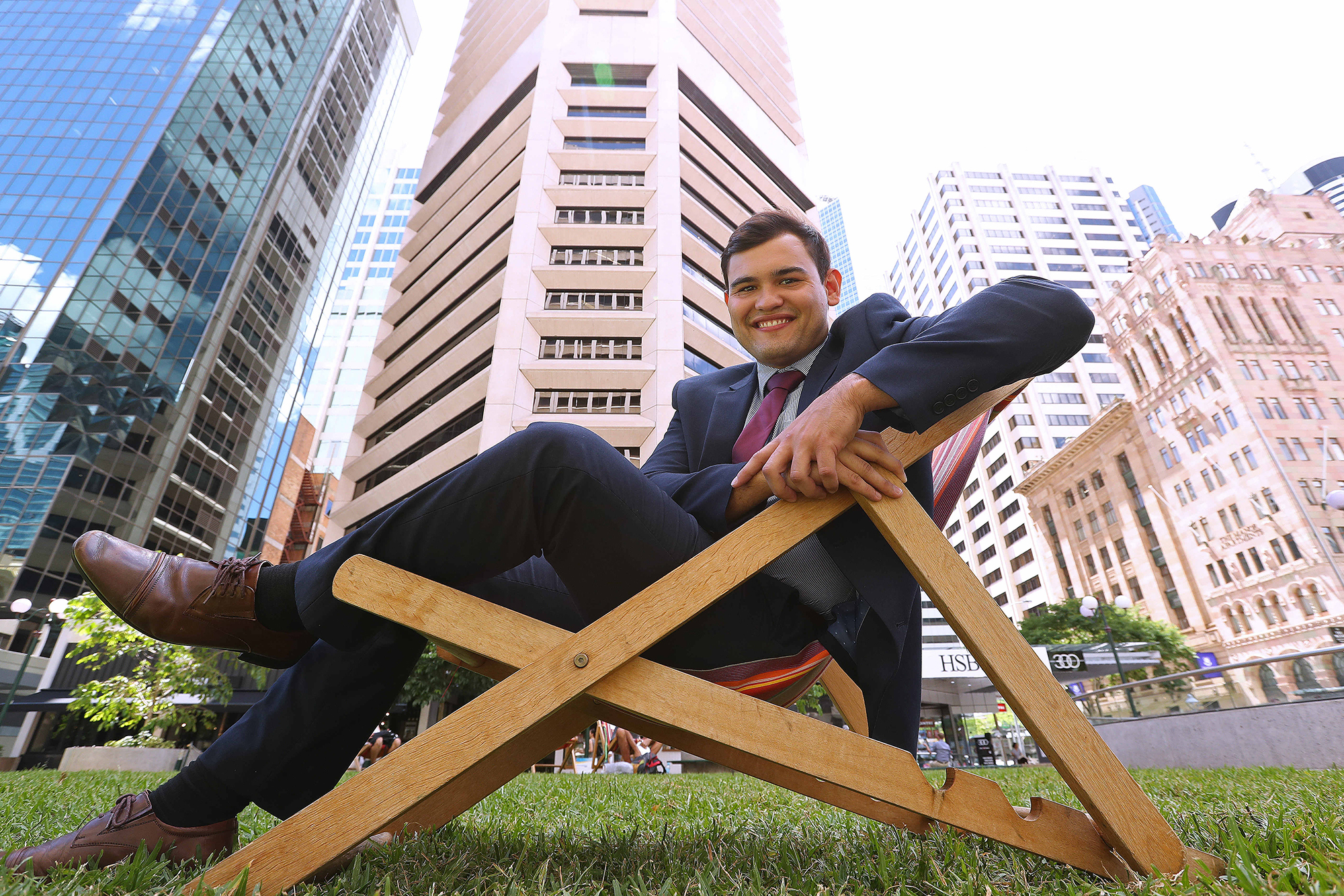 When Jerone Wills was younger, he happily spent his days playing footy with his mates at home in Darwin, NT. That was until an older boy in the community who attended St Joseph’s Nudgee College in Brisbane inspired Jerone and his friends to change their path.

“My community is small enough that everyone knows each other. One of my mate’s older brothers went to Nudgee on an AIEF Scholarship. There was a big group of us and we all decided that we wanted to go to Nudgee so our parents liaised with each other and we all ended up applying. My mum was really supportive. The moment that I told her the idea she was like, ‘Yep no worries, let’s do it’.”

“At that time education was not a priority, but then after going to boarding school and being exposed to different people and with the support of my mum and AIEF, my priority became education.”

Now as a 22 year old, Jerone has completed Year 12, is on track to complete his Bachelor of Laws at QUT and has just completed his fourth AIEF-HSBC work placement.

“Originally I never thought that I would go to university and study Law or even work in an office. The scholarship gave me more of an opportunity to do things that I wouldn’t normally have access to. Going through the AIEF program and going to boarding school helped me to gain confidence in my abilities and believe that these things are possible and I can do them and I can do them well.”

In 2018 Jerone completed a two-week internship with Allens, his first experience in a law firm. “I was in the disputes and investigations team and I really loved it. I also got to go to court for the first time and witness a proceeding so that was really eye-opening and exciting.”

After undertaking his university studies on an AIEF Tertiary Scholarship, Jerone then received an inaugural AIEF Internship Scholarship, which allowed him to complete his fourth work placement with HSBC. “I‘ve done one in retail, two in commercial banking and the most recent one was in global liquidity and cash management. The fact that I keep going back there every year shows that I really enjoy it.”

Jerone is appreciative of the various skills and networking opportunities that he has gained during his stints at HSBC. “The placements have allowed me to continue to develop those professional, interpersonal skills in a corporate environment. There are a lot of great people that work at HSBC and being around great people is half of what makes a job enjoyable. HSBC is a global bank and during my most recent internship I was the only Australian in our team of eight people. I was really lucky that I was able to meet so many different people and network with them and learn as much as I could. I still keep in contact with many of them today and we can chat not just as colleagues but as friends.”

Jerone has taken advantage of many experiences during his journey with AIEF and encourages the future generations of AIEF Scholarship Students to follow his lead.

“AIEF is not just providing opportunities for people, there’s a genuine interest and emotional investment in helping the students that are a part of the program. In saying that, it’s also a two way street, the students really need to make the most of the opportunities, apply themselves and work hard. Boarding school and university go so quickly and if you don’t try your best everyday then you’re only limiting yourself. I’m so thankful for AIEF, their support and the opportunities that they have provided.”

In the fight against Indigenous disadvantage, the only long-term solution is to deal with the causes. And the most effective way of doing that, is education.