When Connor Watson's 16-year-old cousin Parker took his own life in 2017, he resolved to make sure the tragedy wasn't in vain.

The family's crusade is to raise awareness and funds to support the prevention of Aboriginal and Torres Strait Islander youth suicide, as well as providing education, employment and mentoring initiatives.

"[Parker's death] was a pretty tough time for us but we tried to take the positives out of it. You don't want people to have to go through what we had to go through," Watson told NRL.com.

Watson has been recognised as a Ken Stephen Medal nominee for his off-field work in this worthy cause.

The statistics underline the urgent need for the CCA's endeavours.

The suicide rate for Aboriginal and Torres Strait Islander people is at least 2.5 times the Australian average, and suicide is the second-leading cause of death for Aboriginal kids aged 14 and under.

"A simple Google search shows how bad it is and how the gap, especially in that space, is so big," said Watson.

"We're just trying to do what we can to close it. We're planning some programs we're going to run through some schools out bush. It's really exciting but the biggest thing for us is to raise the funds to be able to do it." 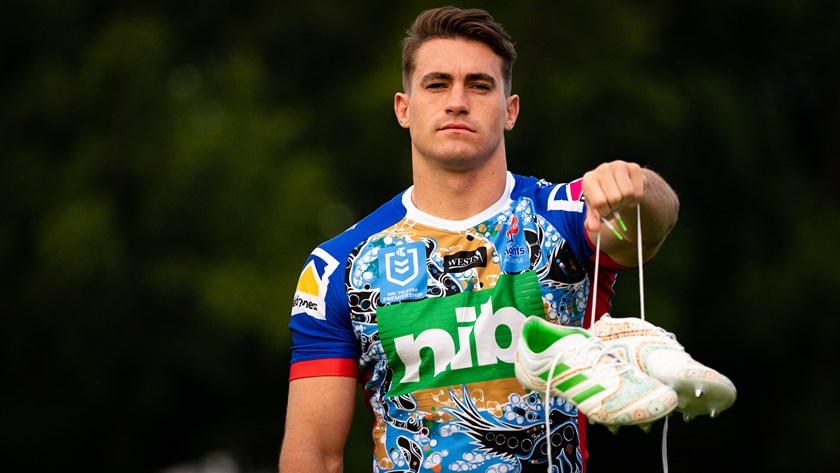 While Parker's death was the catalyst for the not-for-profit organisation, Watson has long been interested in creating opportunities for Indigenous youth.

The 22-year-old was granted a scholarship through the Australian Indigenous Education Foundation to attend the Knox Grammar school when he was in Year 10 and vowed to one day give others a similar experience.

"It was such a good opportunity and me and my Mum and Dad all spoke about trying to get in a position that we could go and benefit kids like it did for me," Watson said.

"Now Mum and Dad are in a position with their work and I'm lucky enough to be playing NRL, so I've got leverage and an image to try to create positive change."

Earlier this season, Watson organised for the Newcastle team to wear custom-painted boots with Indigenous designs against the Roosters to celebrate Indigenous Round.

The boots were auctioned off and raised $27,000 which was donated to the CCA, Kirinari Aboriginal Hostel, The Glen Centre and the arts program at the Frank Baxter Detention Centre.

"We got kids from the local Kirinari Hostel - all these kids are from out bush - to paint the boots for us. For their efforts, they got a cut of the money which was really cool," Watson said. 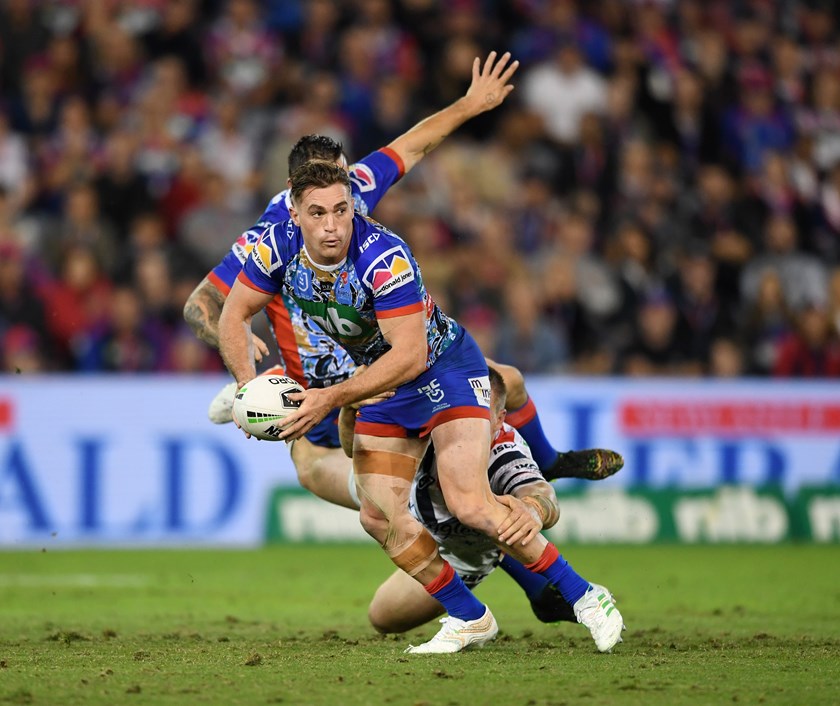 Aside from his contributions in the Indigenous community, Watson also mentors troubled teens to get their lives back on track via the Kick-Off program in partnership with Juvenile Justice.

The role has its challenges but Watson enjoys guiding kids towards a brighter future even when they can't see the light.

"It is hard. The time they're with you they're good and they say the right things and do the right things but it's trying to instil them with the tools so when they go back to those scenarios they're able to say no," Watson said.

The first person Watson mentored was dealing with drug withdrawals and anxiety issues. He has now secured full-time employment.

"He's going good which is the main thing and staying out of trouble," Watson said.

Watson is assisting his latest mentee to gain his learner driver's licence. He said many kids in the program don't attend or enjoy school but thrive in other learning scenarios.

"Not so much about school stuff, but more about life skills and getting them ready for work," Watson said.

Watson is a favourite among Newcastle fans as he always has time to chat, sign autographs and take photos with them.

He was once an adoring Knights supporter and now wants to give back to this generation of kids like his footballing heroes did for him.

"We're in a position of privilege. I think we should do that anyway because we can inspire kids," he said.

"It's cool to sort of be acknowledged for the stuff I do. Obviously it's a pretty prestigious medal ... It also gives the charity a bit more of a platform. That's the space I want to work in when footy's done."

To be honest, my Mum and I feel like we’ve won the lottery. I get to go to the best school, have all the activities and opportunities they provide and then receive all this support after I graduate - it's amazing.