Proud of his heritage

Jy Simpkin completed Year 12 at Scotch College, Melbourne in 2016 on an AIEF Scholarship. He talks to the North Melbourne Football Club about his journey from boarding school to his career playing for them as a professional footballer, and the cultural education and awareness he has valued along the way. 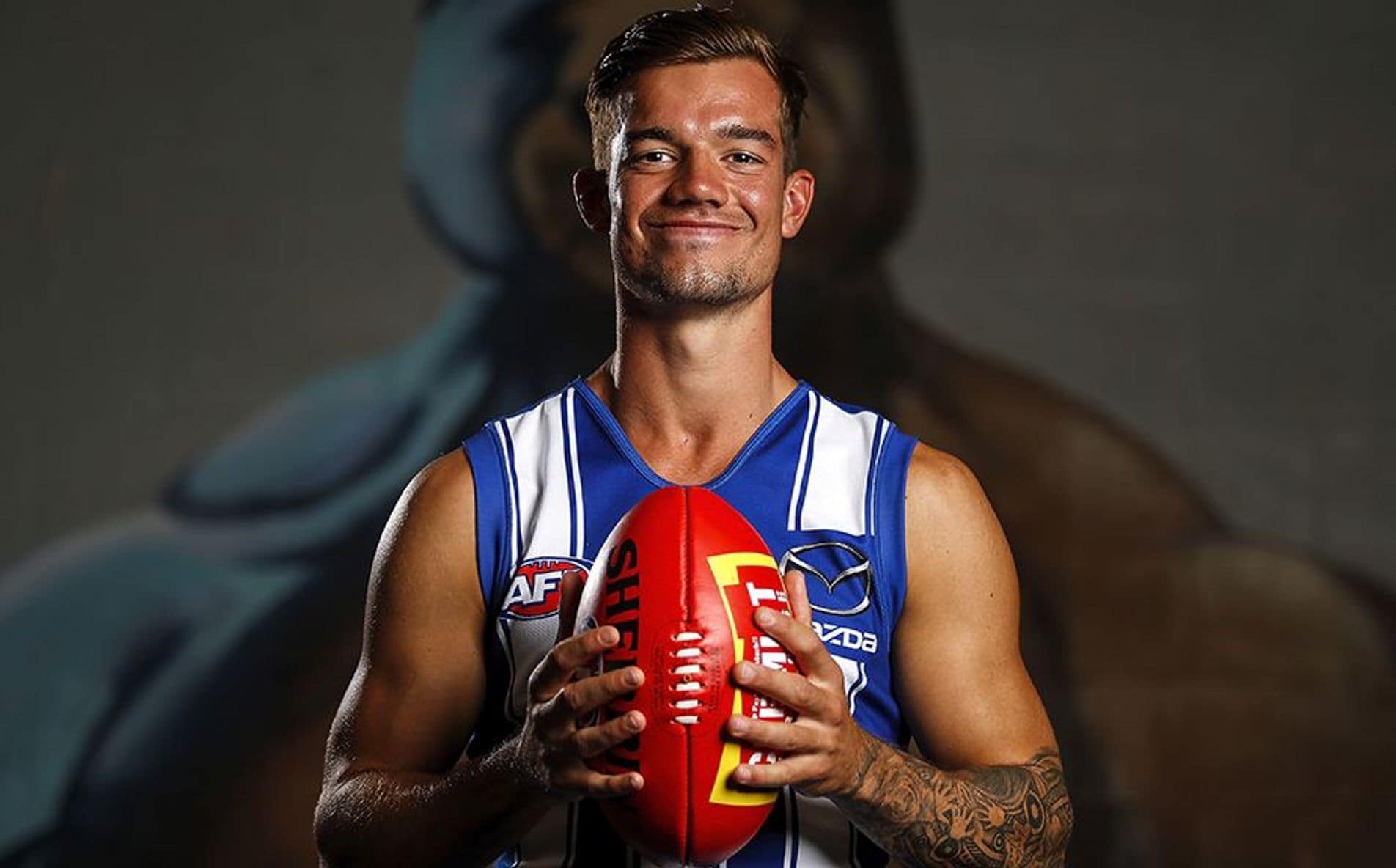 Culture forms a large part of someone’s beliefs, decisions and rituals and can play a huge role in how people feel in their environment.

With the commencement of National Reconciliation Week, it’s a timely reminder to understand our own culture and be curious about others.

“I grew up with my friends, cousins and family and everyone sort of knew if you said you were aboriginal, people just like ‘okay, yeah cool’, like you’re aboriginal, no questions asked,” North Melbourne player, Jy Simpkin told True North.

“Then when I came to Melbourne, and I remember the first time people asked, and they’re like ‘oh you’re aboriginal, you’re not that dark coloured skin’, and I was sort of taken back by it a fair bit because I’ve never really experienced anything like that before.

“That was probably the main thing that I sort of struggled with early moving into the city from back home.”

Simpkin said the cultural education he and his teammates participated in had been invaluable.

“I think it’s definitely gotten easier, I mean we had a lot of cultural awareness training with Leon Eigen coming into the club and he’s been a bit part of just helping a lot of the boys understand [culture],” Simpkin said.

“Then we get the opportunities to get up in front of everyone and speak and share a bit of our own stories, sort of share our history and our families and where we all come from.

“People think a lot of the bad history has come from hundreds of years ago, but it’s actually only when my nan was growing up so it’s only a couple of generations ago.”

With role models playing a big part in Simpkin’s transition from the country to the city, he said having the opportunity to share his experiences has helped the process.

“Learning and understanding myself ... I mean we have great role models here at the club; Lindsay Thomas was here when I started, Jed Anderson and just other people along the way,” he said.

“Being at Scotch [College] we had a lot of people coming in, we had a good little tight knit Indigenous group of boys there. People would come in and speak to us and help us with ways on how we can share our own culture.”

Improving access to quality education for Indigenous children is the essential first step towards Closing the Gap, and AIEF is doing just that, while also providing a platform for the students of today to become the Indigenous leaders of tomorrow.