AIEF has been partnered with BHP since 2010, with the tertiary scholarship launched in 2013 to complement the secondary scholarship program. Since then, AIEF-BHP Tertiary Scholarships have been awarded to outstanding Indigenous students undertaking engineering, science and other degrees, who aspire to work with BHP and to one day become leaders in business.

Five AIEF-BHP scholars, Neika Chatfield, Darby Conley, Wyatt Cook-Revell, Liam Lawford and Jarrod Ward, completed their tertiary studies in 2020. They join a cohort of 16 other Indigenous students who have graduated from university on AIEF-BHP Tertiary Scholarships.

Jarrod Ward
After graduating from the Australian National University with a Bachelor of Science in 2020, Jarrod Ward succeeded in becoming the first in his family to complete a tertiary education. He has recently commenced a graduate position with BHP in WA. 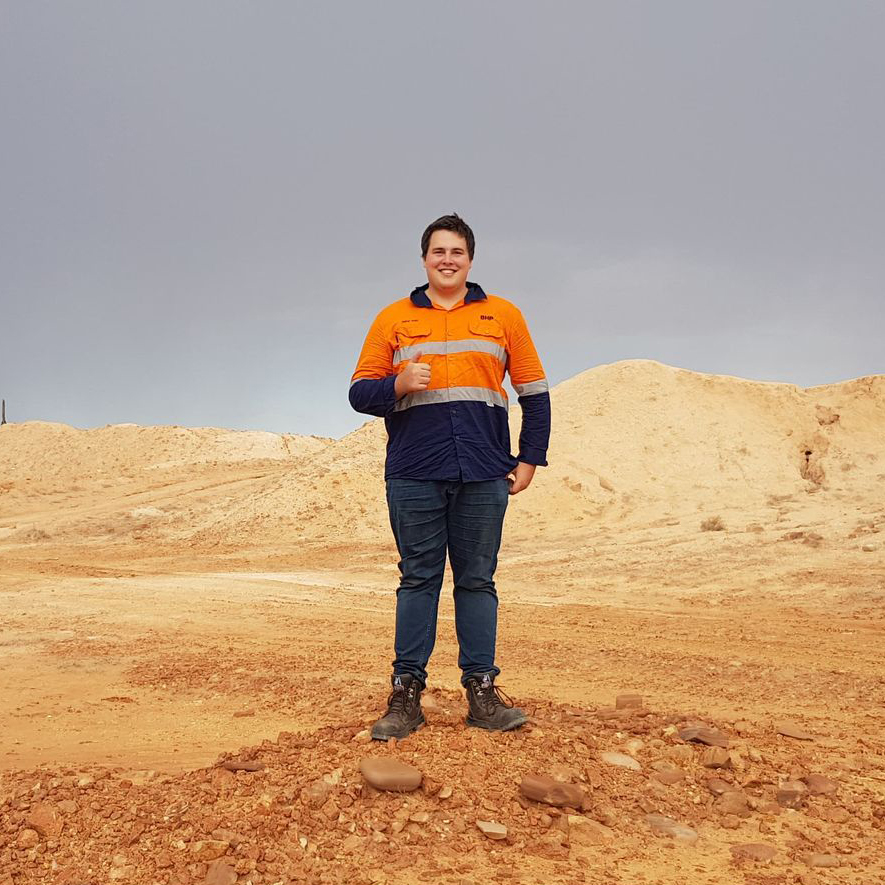 “The support from AIEF allowed me time to think towards my career and what I want to do with my education. I was able to attend over two dozen separate field work opportunities, which provided invaluable experiences with research leaders that reaffirmed my desire to work in my chosen field.”

Throughout his studies, Jarrod also completed summer internships at the Olympic Dam and Saraji mines. “I was lucky enough to be offered an internship opportunity at the BHP copper mine site in SA. I spent three months there making friendships, learning about the industry and honestly enjoying myself. The people I worked with through that internship and my previous one in Central Queensland coal were nothing but supportive and open, teaching me what they could with every opportunity.”

Neika Chatfield
Fellow AIEF-BHP Tertiary Scholar Neika Chatfield also had a successful year in 2020. The winner of the Indigenous Women Engineering Excellence Prize for 2019, Neikagraduated from The University of Queensland with a Bachelor of Mining Engineering. 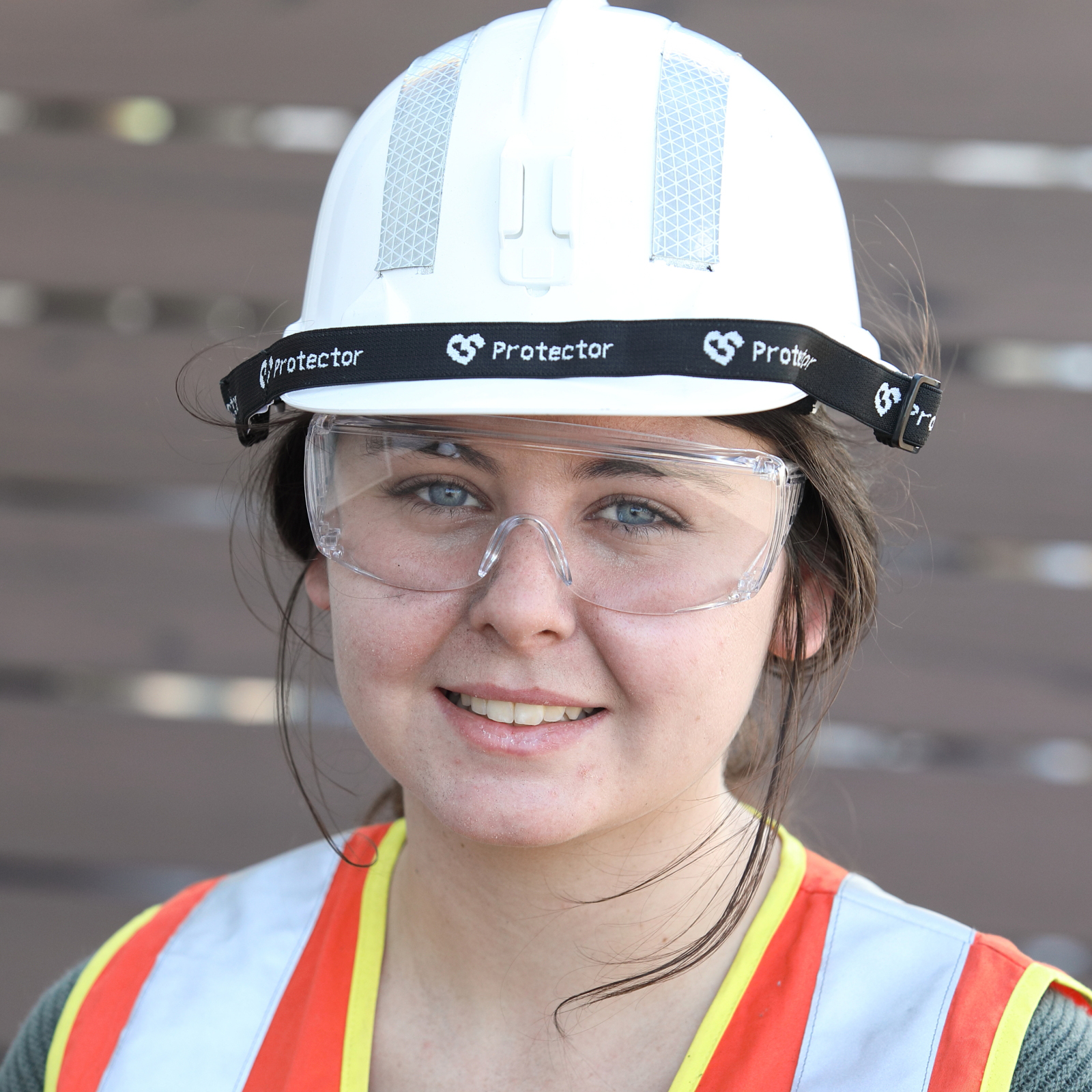 “Completing my thesis has been one of my biggest accomplishments so far,” Neika explains. “My topic was the impact of confinement conditions on blast energy intensity.”

Throughout the course of her studies, Neika completed summer internships with BHP at the Daunia and Goonyella Riverside mines and has recently started in a graduate role with BHP at Peak Downs Mine.

Liam Lawford
After completing an internship with BHP in their Brisbane office over the summer of 2019/20, AIEF-BHP Tertiary Scholar Liam Lawford was offered a part-time role, balancing work and study commitments with his final year of university. Liam graduated from The University of Queensland at the end of 2020 with a Bachelor of Commerce and has recently begun his graduate position in the Project (NPI) team. 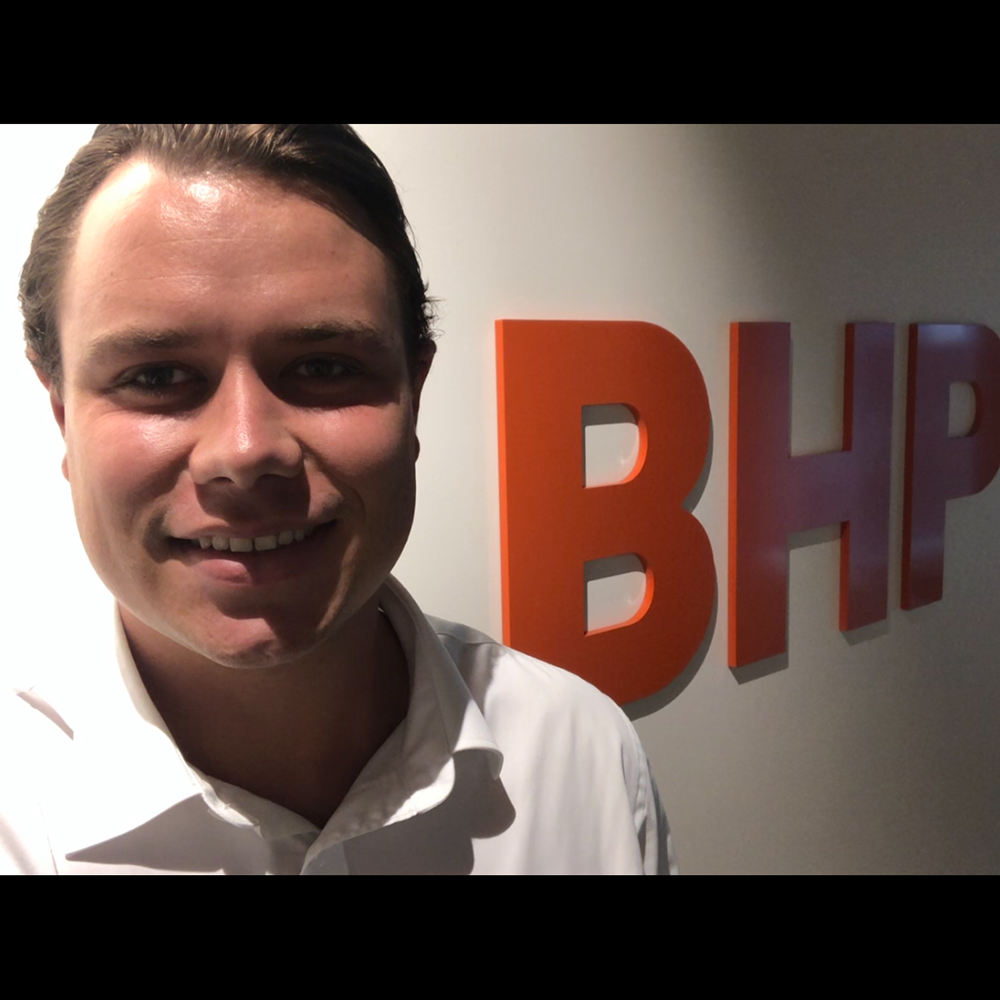 “I am incredibly grateful to both AIEF and BHP for the support, guidance and opportunities they have provided me and look forward to one day being able to pay it forward,” Liam says.

“I am unsure where I will be five years from now, but know I would not be there without the AIEF-BHP Tertiary Scholarship.”

Darby Conley
Another AIEF-BHP Tertiary Scholar who has embraced the opportunities afford by his scholarship is Darby Conley. The secretary of the Inter-Collegiate Sports Council, Darby enjoyed all his courses throughout the year and completed a summer internship at the Olympic Dam mine.

“My internship was an amazing experience,” Darby says. “I gained invaluable experience which I am excited to apply to my next internship and future endeavours.” 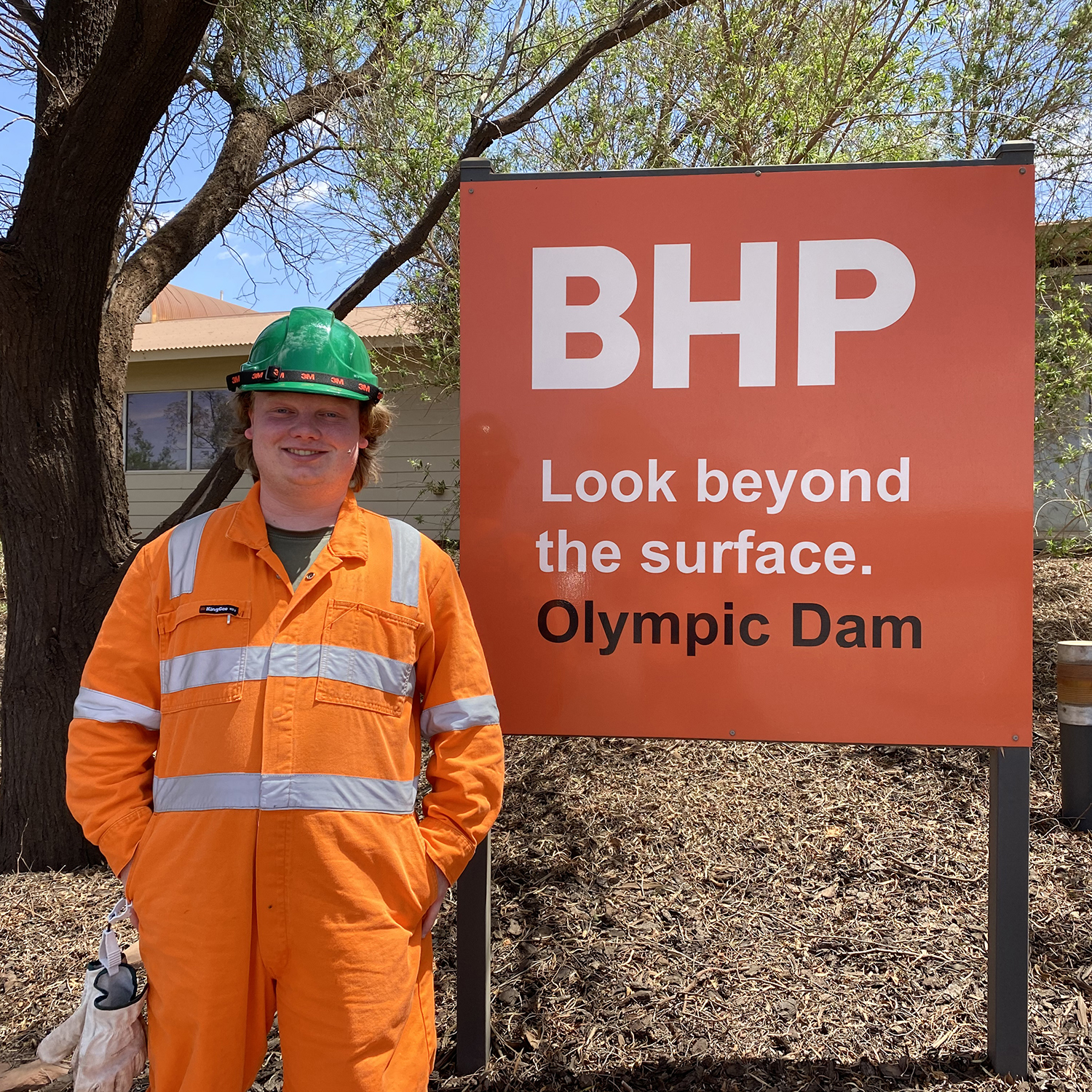 Darby graduated from The University of Melbourne with a Bachelor of Science at the end of 2020 on an AIEF-BHP Tertiary Scholarship. He was offered a graduate position for this year but has decided to return to further study, undertaking a Master of Engineering.

Wyatt Cook-Revell
The final AIEF-BHP Tertiary Graduate for 2020,Wyatt Cook-Revell graduated from Queensland University of Technology in 2020 with a Bachelor of Law (Honours).

Throughout his studies, Wyatt enjoyed learning more about BHP and mining, attending various workshops and participating in a site visit to the Daunia mine. 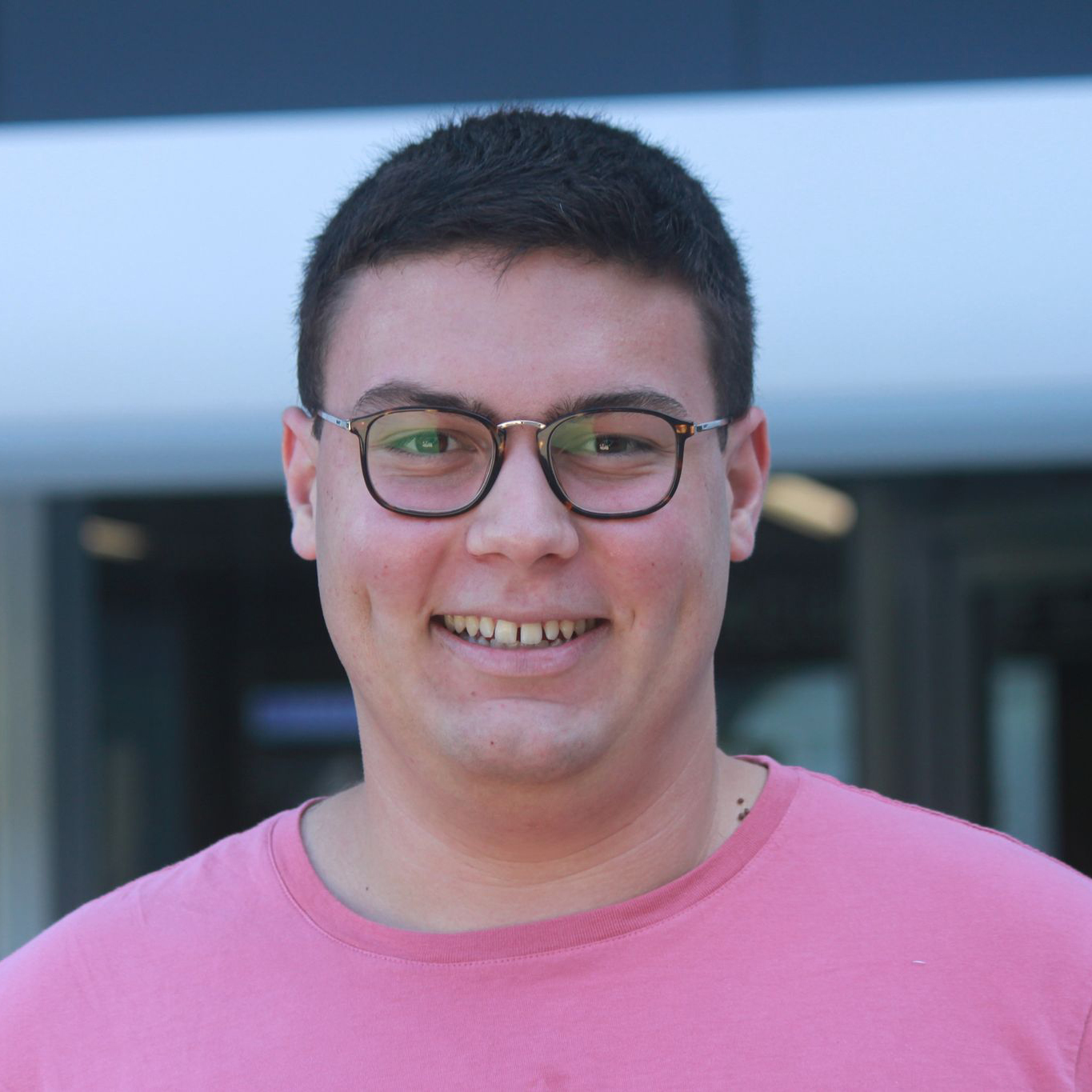 “I welcomed the opportunity to network with other students across Australia and learn more about employment pathways from BHP representatives,” Wyatt says. “Ultimately, the online workshop in 2020 led me to gain a six-week paralegal role with BHP Legal in Brisbane.”

Wyatt completed an internship with BHP over the summer break, keen to give back to the company that helped fund his scholarship. After also completing an internship with the Bar Association of Queensland’s Indigenous Law Student Program in 2020, Wyatt has recently begun a 12-month Associateship with a Judge of the Supreme Court of Queensland.

“The Program left a strong impression of the kind of legal professional that I want to be,” Wyatt explains. “It strengthened my resolve to pursue a career at the Queensland Bar.”

My sons have benefited so much...they have grabbed their opportunity with both hands. The whole experience has been both positive and life changing. Access to a high quality education gives them the tools to succeed in our modern world.